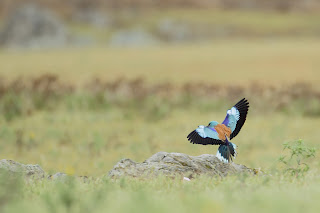 As August ends we always have the sensation of a turning point. We have just returned from our annual visit to Britain, taking part in the magnificent British Birdfair and staying on for a few days with my parents in North Norfolk. The British Birdfair is not just easily the best place to catch up with my old friends and colleagues, spanning dare I say well over thirty years, but also a shop window for Extremadura. Over the three days of the fair, we speak to hundreds of people and almost immediately emails start coming in as people start to take in what they have heard and start planning their next holiday. Our booking schedules start getting filled as we impart advice on the best time to come to meet the expectations and dreams of those who we hope will soak in the pleasure of birding in Extremadura as many have done before them. A few days then to relax on the Norfolk coast, meeting old birding friends again, this time in the field itself and renewing aquaintance with species that hardly if ever find their way to my regular birding haunts in Extremadura.

So it is easy to start thinking well ahead and as a wonderful counterpoint I was delighted to receive copies of many photos taken by one of our guests this spring. Raymond de Smet first visited us last September and found on his last morning here Extremadura's second only Cream-coloured Courser. This spring he spent about two weeks here in May. Among the many pictures he sent, I am illustrating this blog with just a tiny selection. Each one brings back memories of his wonderful enthusiasm on returning to our house in the evening and sharing with us the highlights of the day. He took many photos of Rollers and I particularly like the one at the top of the post as it shows its intense and vivid colours on the wing. He tends to specialise on birds in flight and here we can see photos of Great Spotted Cuckoo (another focus of his on the visit) and Montagu's Harrier. 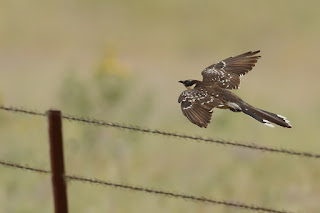 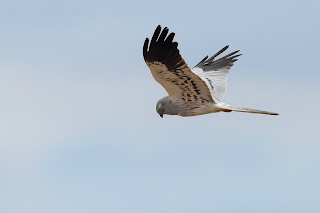 I think this Alpine Swift is superb, 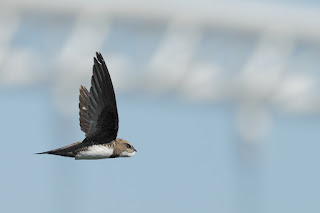 taken from the Roman Bridge in Mérida and showing clearly that it is carrying in its mouth a ball of insects that it has collected on the wing and which it is about to feed to its young in a nest situated under one of the bridge's ancient arches. It will dive under the arch and up to the nest at breakneck speed. 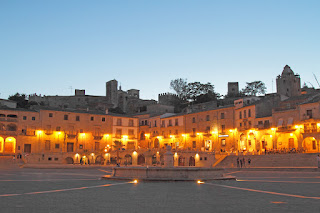 His evening shot of the square of Trujillo will evoke happy memories of those who have combined culture and birding, taking in the historic site whilst watching the parties of screaming swifts dash around the towers of the fortified palaces or the storks bill-clacking from their lofty nests. This last photo of White Storks nesting on a tree is particularly poignant. One of the over-riding memories of this spring was the drought, which led to a very poor breeding season for many species. White Storks  were very badly hit with hardly any pairs managing to raise young to fledging. But they are long-lived birds and will have good years as well as bad, and they will be back on their nests by January when the bill-clacking will again be heard around Trujillo's square, as doubtless it has been ever since the churches and towers were built. 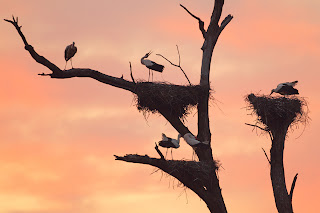