Showing posts from April, 2019
Show All

Milestone for an icon 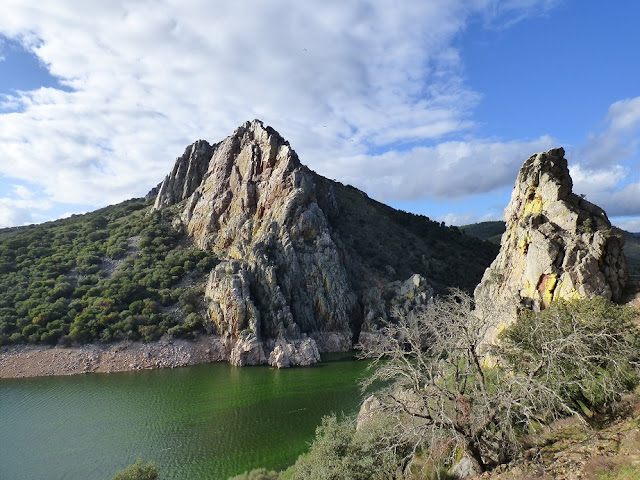 Peña Falcón in Monfragüe National Park (Martin Kelsey) Erupting as a ribbon of parallel ridges across an ocean of dehesa , the hard quartzite strata stand as proud relics to the turbulance of the Variscan orogeny, the tectonic movements that formed the supercontinent Pangea. The results of this collision between the ancient masses of Euramerica and Gondwana can be found in the form of the Pyrenees, some of the Alps (including Mont Blanc) and here in Extremadura, the syncline that shapes the Monfragüe National Park. Standing amongst the visitors at the viewpoint in the southern entrance to the park, I look across onto the the massive Peña Falcón (the Falcon's Rock: which indeed does host a pair of Peregrines). The rock strata laid horizontally as sand on beaches and under the sea about 500 million years ago were metamorphosed into quartzites and slates, violently folded 200 millions years later and pushed vertically as waves across the Earth's crust. "Think about geo
Post a Comment
Read more
More posts