Showing posts from January, 2023
Show All 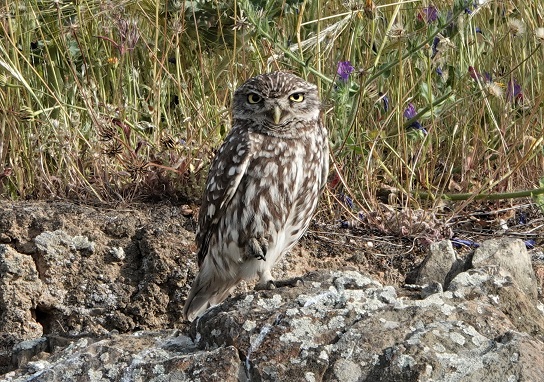 Part Three: More special moments - November to December Little Owl (Martin Kelsey): first seen 15 January By the start of November, I reappraised my progress. There were a few species, like Grasshopper Warbler (a scarce autumn passage bird and always seen just by luck) that I had missed and with now little chance of recovering. There were also a few winter birds that I had missed at the start of the year that I still had a chance to find. The first one I found was just 500 metres from my front gate: a pair of Bullfinches feeding on desiccated blackberries in brambles growing over an old wall. They were first I had ever seen so close to home. At my local patch Alcollarín where the water levels were extremely low because of the prolonged drought, the waders had been better than usual (probably because the nearby rice fields were so dry) and the winter gull roost was starting to build up in numbers. I paid a visit one late afternoon. Below the dam, something made me pause. The Alcolla
Post a Comment
Read more
More posts