Showing posts from September, 2016
Show All 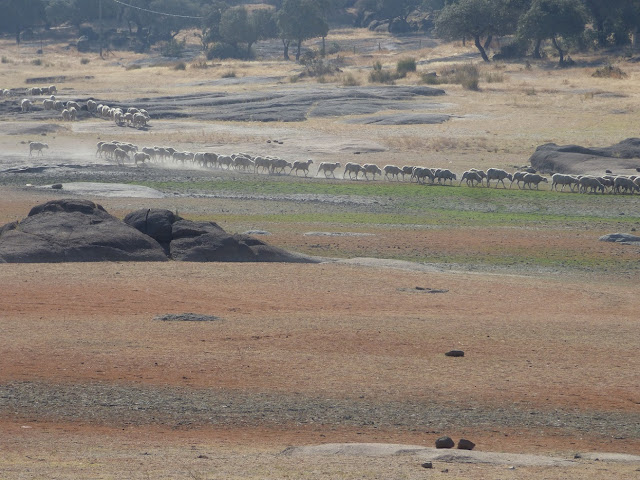 Summer drought in Extremadura (Martin Kelsey) The heat at the start of the month turned the landscape two-dimensional, sucking out depth and leaving it as a flattened canvass. As the shade temperatures hit 40ºC, nothing stirred. All creatures it seemed had found some solace in shade, whilst we retreated indoors.  Early September brought us the hottest days of the year, and sleepness nights too. Then change happened abruptly as we entered the second week, and for the first time I could step out of the door in early morning and become embraced by a shock of freshness. For the first time too, for many days, it was now comfortable to sit out and eat at night and we did so at the middle of that second week gazing at the glorious rhomboidal juxtaposition of a young Moon, Mars, Saturn and Antares. Now we can rejoice a landscape again bearing form and solidity, an autumnal bite to a blue sky across which pass drifts of Spotless Starlings. Parties of these garrulous birds sit in the trees
1 comment
Read more
More posts