Showing posts from February, 2019
Show All

Eagles in the Spanish savannas 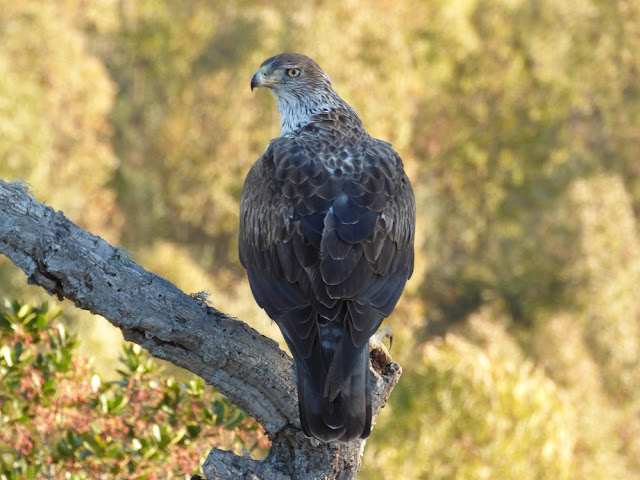 Male Bonelli's Eagle (Martin Kelsey) A western outreach of the Montes de Toledo, the Sierra de San Pedro is a chain of low-altitude mountains dividing the basins of the Tagus and Guadiana Rivers, and acting as a political boundary too, with Cáceres province to the north and Badajoz to the south. It extends for over 60 km, running east-west from the city of Cáceres to the Portuguese border. Part of the Sierra is a Special Protection Area for birds, covering over 115,000 hectares.  Despite its relatively low elevation, from our vantage point, and thanks to a morning of extraordinary clean winter light, we could look north across the plains of Brozas and see the arc of the Central System of mountains, with the snow-capped Serra da Estela in Portugal, spanning east to the Sierra de Gata and then the Sierra de Gredos, the granite wall marking the northern limits of Extremadura, views extending for perhaps 150 kilometres. Sierra de San Pedro (Martin Kelsey) Closer at hand, we
1 comment
Read more
More posts