Showing posts from April, 2017
Show All

A bee-eater with a difference 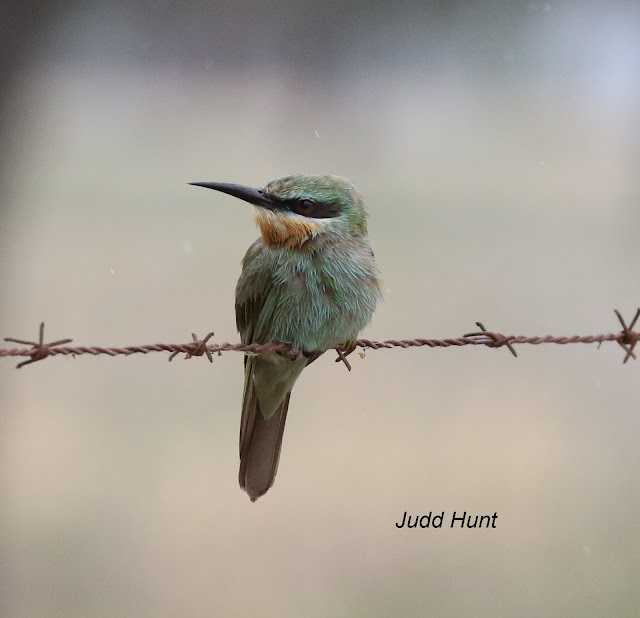 Blue-cheeked Bee-eater (Judd Hunt) I look forward to late April each year when the birding company Shetland Wildlife sends out a group to spend a week's holiday in Extremadura. They stay at our home, Casa Rural El Recuerdo , and I share the role of leading the group with my good friend Judd Hunt. I had not known Judd before we met about ten years ago in the Monfragüe National Park, but it transpired that we had a great number of mutual birding friends and we both birded in our adolescence in South Wales. I left the region in the late 1970s, but Judd lives there still and I always enjoy a catch-up with him on how the birds (and birders) are doing there now. Judd is not only a wonderful person, he is also a great guide and superb birder. He gained great acclaim last year when he found Britain's first Siberian Accentor. It was the final full day of this year's tour and in the latter part of the week the weather had changed quite dramatically from hot and settled conditi
2 comments
Read more 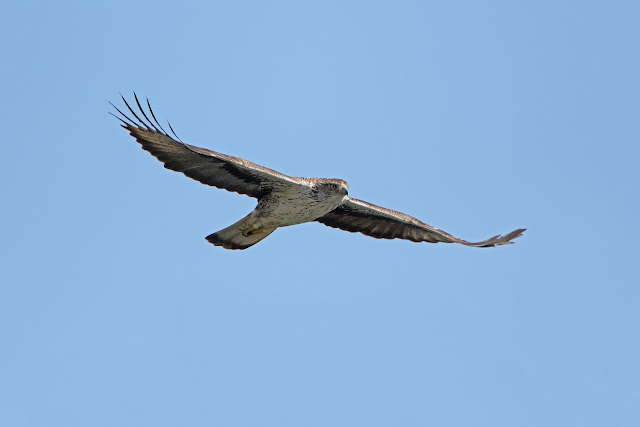 Bonelli's Eagle (John Hawkins) The Pin-tailed Sandgrouse slowly trundle around on the sparsely vegetated slope. They are distant but show well with that diamond-honed crystal light bequeathed to us during the short space between sunrise and the first vibrations of heat. Broad-shouldered, but small-headed, they peck at unseen objects, sometimes pausing to peer around, revealing the blast of orange-yellow on the breast above the pure white of their bellies. Suddenly they rise as one, giving a raucous alarm which seems utterly incongruous against the song of the Calandra Larks around us, a cry which would fit better on some coastal island or sea-cliff, gull or even auk-like. Showing remarkably dynamic flight, they lift as one, swirl and rise, becoming lost to our view against the clear blue sky. At the zenith of their ascent, the flock becomes a pyrotechnic, seemingly exploding like an animate firework, breaking into twos and threes and scattering in all directions. We become surr
1 comment
Read more Sawfly Orchid ( Ophrys tenthredinifera ) Martin Kelsey Spring comes tumbling in from the middle of March onwards in Extremadura, an avalanche of new birds: migrants fresh from a trans-Saharan crossing, busy and expectant. Indeed by early April I have had sightings of almost all of our summer visitors, apart from just a handful of notoriously later species. The few remaining winter visitors suddenly look out of place - Meadow Pipits appearing even more nervous and jerky than ever. This is also peak orchid season in Extremadura, with the highest numbers of species findable that are in full and spectacular bloom. I can find orchids in flower from January to June, but late March and early April are when certain spots on the isolated strips of lime-rich soil become places of paradise. Few of these sites can be fairly described as scenic treats. Yes, I know of locations where one will find special orchids in gorgeous meadows surrounded by wild olives and imposing crags, on a slope aff
4 comments
Read more
More posts