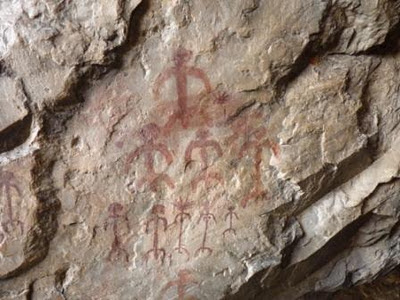 Everybody who visits Extremadura with an interest in birds, and probably almost all visitors who come for other reasons too (be they cultural, gastronomic, landscape and so on) will visit the Monfragüe National Park at least once during their stay. This 18,000 hectare national park (declared as such in 2007, but previously a "natural park" since 1979) sits within a 100,000 hectare biosphere reserve and is one of the most important breeding areas for birds of prey in Europe. Indeed for the Black Vulture it has one of the largest breeding concentrations in the world with over 300 pairs. There is nowhere else where one can watch breeding vultures (three species), Black Stork, Spanish Imperial Eagle and Eagle Owl at such close quarters. Indeed so extraordinary can the views be, that local birders have nicknamed Monfragüe the "zoo". Tens of thousands of people come to Monfragüe every year specifically to watch birds and it is estimated that the total number of people who visit the park annually runs into hundreds of thousands. It is one of the few places in Extremadura where one is likely to bump into other birders, but the infrastructure and viewing facilities are so good that rarely does it feel crowded.

However, Monfragüe is much more than an amazing birding spot. Its history is very rich with a castle of Arabic origin and the medieval Cardinal's Bridge which acted as a key crossing place of the Tagus river (the longest river in the Iberian peninsular) for traders and livestock drovers travelling between Trujillo and Plasencia. The rocks are some of the oldest in Spain with extraordinary geological features visible. The folds in the rocks, pushing the sandstone strata vertically in places, created fissures and small caves and it is in these that some of the most fascinating aspects of the human presence in Monfragüe can be experienced. There are about 120 sites in the park where there are prehistoric cave paintings. The finest of these (see my photo) are visible in a cave just below the famous castle itself. The photo shows three types of painting superimposed. There is a lower line of rather stick-like figures, one with a plumed head-dress, with a smaller figure on the right of the group - perhaps a child. These date back to the Bronze Age. Immediately above them are other figures, probably painted using finger tips dipped in a paint made from Iron Oxide and eggs, these are thought to be from the Copper Age. However, the upper figure is superimposed onto a painting of an animal (a deer): this goes back about 11,000 years, to the Epipaleolithic. This wonderful and highly-prized collection of rock art can be visited by simply joining one of the guided tours of the cave. All a visitor needs to do is to go the park's information office and book a place on the tour. It costs nothing and usually the guide can speak English, if required. It is so easy that it is remarkable that more visitors do not take the opportunity of seeing these paintings at such close quarters.

The cave is narrow and leaning against one side of the cave to view the rock art on the other, one can imagine how people passing through Monfragüe thousands of years ago, sought refuge in the cave (it is much too small to have been a dwelling place). Whilst in the cave they would have crouched rather like I was doing, back against one wall, reaching out with paint-smeared fingers to the other wall. Over their left shoulders, these ancient visitors to Monfragüe would have looked out onto the undulating tree-covered landscape to the south of the cliff-face, as I was looking out onto the dehesa oak wood pasture today, the view only broken by the shape of a passing Griffon Vulture, gliding past at eye-level.
Monfragüe raptors Rock Paintings

Martin Kelsey at Birding Extremadura said…
The visits are everyday, you just need to book beforehand (same day)at the Information Office.
29 January 2012 at 11:16