Of butterflies and birds 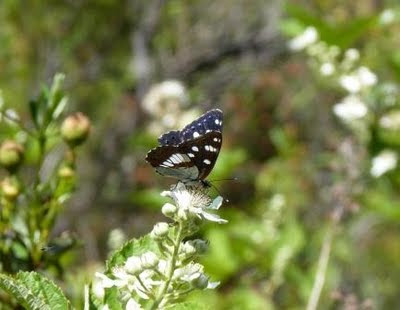 Last August I posted a blog about butterflies in the garden. Earlier this year some good friends of ours Peter and Jan Farrbridge got in touch to suggest coming to spend a week with us in early June, for some birding of course, but with also with a special focus on butterflies. I was very enthusiastic about the idea. It would be new for us and a great challenge to come up with a suitable itinerary to take into account the likelihood of high temperatures, but the need to spend as much time as possible on foot. As with a bird tour, generally speaking the greater the diversity of habitats visited, so the number of species of butterflies seen should be greater. Given that Peter and Jan also wanted to see as many as possible of most sought-after birds as well, I looked at routes that would focus on birds first thing in the morning (with a specially early start for the bustards and sandgrouse of the steppes - even a couple of hours after sunrise, the heat haze would make viewing very difficult) and then shift to butterflies by late morning and for the afternoon. I included four areas of higher altitude habitats, partly to escape the heat and also because these would be particularly productive for butterflies as well at this time of the year (actually they were great for birds too like Honey Buzzards, Bonelli's Eagles, Red-billed Choughs, Ortolan Buntings and Lesser Spotted Woodpeckers to name but a few). Peter and Jan also wanted the pace to be as relaxed as possible - they were on holiday after all(!), so we took it easy. We had no particular target in mind, but by the end of the week we had seen 46 species of butterfly. We were delighted! However, as always, it is not the numbers that count, rather the special experiences that will fix in the memory. Let me relate two. We spent a full day at the highest point of the Villuercas Mountains (at 1600 metres). 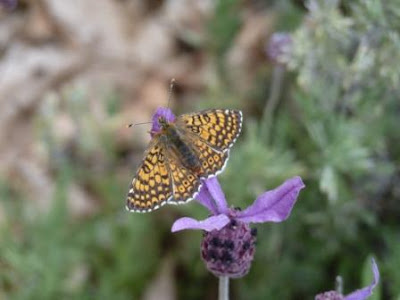 Within minutes we were watching Glanville (photo above), Marsh and Queen of Spain Fritillaries, as well as Sooty and Purple-shot Coppers (photo below), attractd to patches of French Lavander, which at this altitude was still in flower. 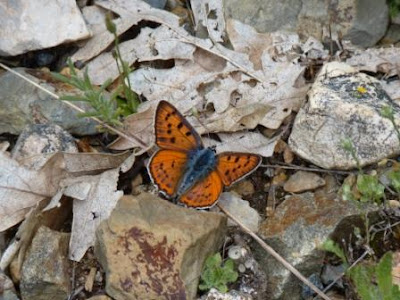 As we proceeded down the road, we chanced upon patches of brambles in flower. Here we could simply stand and be bowled-over by the profusion of butterflies, such as Cardinals and the gorgeous Southern White Admiral (see photo at top of page) and Iberian Marbled White (see below). 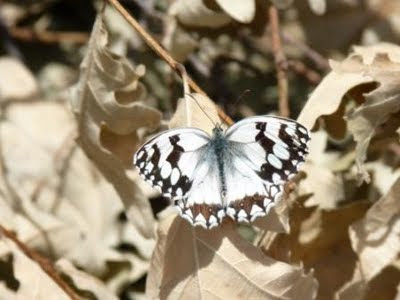 We had lunch beside a small grassy clearing. Here the bizarre Owlfly (Order Neuroptera) which buzzed around in their predatory manner like little flying robots. During that day we had barely travelled more than a couple of kilometres along this little road and had seen no fewer than 24 species of Butterfly. Another special memory comes from our visit to the Honduras Pass (again about 1500 metres above sea-level) above the Jerte Valley in the Gredos mountains. 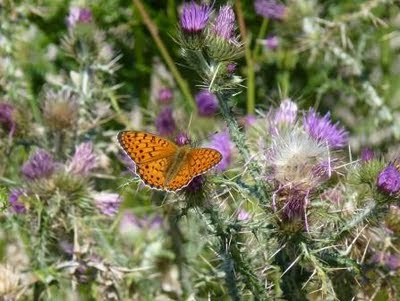 High Brown Fritillaries were in profusion (see photo above)and we also found species such as Rozy-Grizzled Skipper, but constantly in the background we could hear nothing else apart from the rather plaintive, but enchanting song of Ortolan Buntings (photo below). And as we stood straight after stooping to look at butterflies, we could simply take in the glorious mountain scenary. 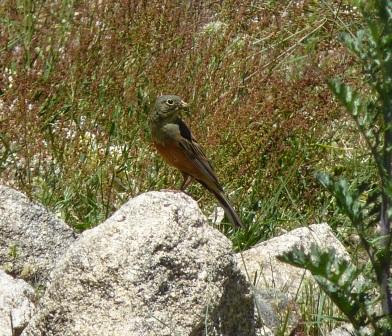